As one of the most snowy countries in the world, Canada has a very majestic summer. When the snow melts and the nature changes its clothes back to its festive form, the Canadian people get ready to spend most of their time in the nature.

As for the Canadian Psy Tribe, the summer has a bigger and way stronger meaning… The Festivals Season is open !

Green Man Festival is one of the first Festivals that opened the summer of 2015 and was one of the most expected by the Canadian Trance addicts, it definitely supplied the goods.

The Music at Green Man Festival 2015

The Festival offered 2 stages. The main stage included mostly Dark, High Tech, Forest and PsyTrance artists while the second stage was more into Techno, Drum and Base, House and other different music styles that provided alternative musical concept.

The lineup was built very accurately, the night was mostly Dark and High Tech while the mornings and noon as very Psy Progressive oriented, perfectly matching the emotional and physical state of the people at those hours.

We could say that the Festival was intended to promote the Dark Trance music mostly and attract the Dark addicts according to the massive Dark Trance artists that built the lineup such as KABAYUN, Djane Akibel, Kloud Nin9, Aio, Otkun, Atheria, Sun Child and many more that totally blasted the dance floor at night.

After the sun started showing its light over the mountains and trees, the musical concept changed itself into a more dancy and European style. The Psy and Progressive Trance artists were ready to throw their Psychedelic bombs on the survivors of the night and they totally made it !

From the first kick that was thrown from the speakers on Saturday morning it was obvious that something interesting is going to happen here. Artists like Zentrix, Gremlin, Sara Dopstar, Rikam, Ygriega, Vince Chase, Nalik, Virtual Light, Symbolium and other super killer artists that showed how PsyTrance should sound really added some magnificent colors to the dance floor and left a great impression.

For the ones who were looking for alternative state of mind and lower tempo beats, the second stage operated most of the daily hours while in the mornings it was deeply tribal and chilly and in the evenings and nights it was more Techno and Drum and Base oriented. You could come and chill with your friends next to the stage in the chill out area or you could go and stomp to the sounds of the electronic beats by Zepha, 1.618 Live, Tom H, Madoxx, Magik, Spo Onani and some other kick ass Djs and artists.

The Deco at Green Man Festival

Although the music was one of the most important elements of the Festival, we would like to give a HUGE compliment to the decoration crews LunoSol, Global village production, Neuromantix, Mr. Sun Eye Candy and Voie Alternative who did an absolutely amazing deco work which upgraded the Psychedelic experience to a whole new level.

The custom made artwork and the stunning designs fitted perfectly according to the music genre style which was dominant and provided another tool for mind blowing and deep Psychedelic trip. 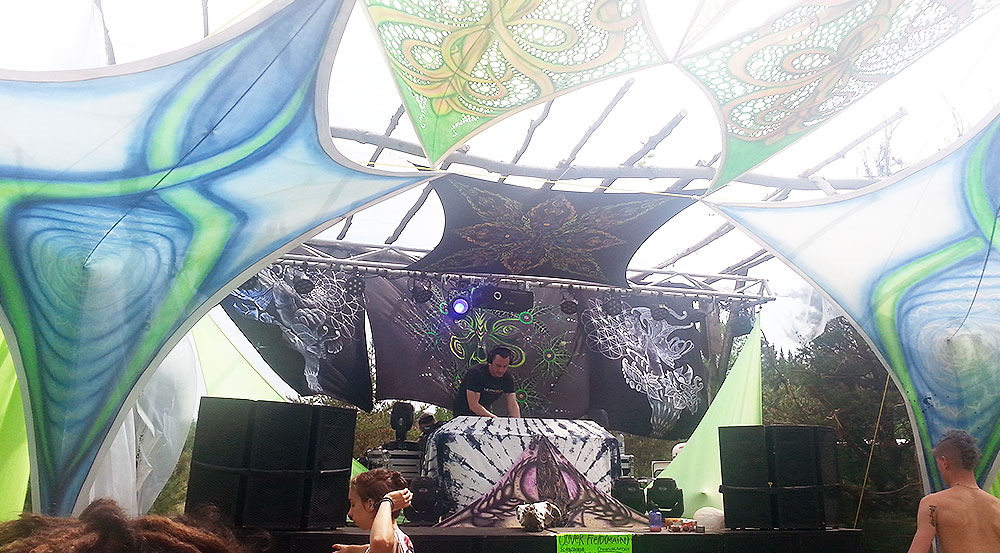 2015 is the first year of the Festival and it mostly attracted local Trance addicts from Montreal, Toronto , Quebec and the wide area of Canada. According to the rumors, the French people from Montreal are the most hardcore Trance ravers in Canada but it felt that it was a combination of different types of people who managed to create a very interesting fusion of colorful crowd where each and everyone added some of their special spice to the atmosphere and by that created a unique ambience of true Psychedelic environment.

Although there was no wide Variety of food vendors, Ivy and Janik filled our belly with the best baked potato we ever had the chance to taste + free water was offered to the party people whenever they asked for it, followed by an enormous smile 🙂

The location was Magical as well. The tall and beautiful green trees that covered the land provided shade for the camping area and fed the mind and heart with pure natural scenery and the rain that came for a swift visit on Saturday just strengthened the magical atmosphere that was floating above the dance floor. 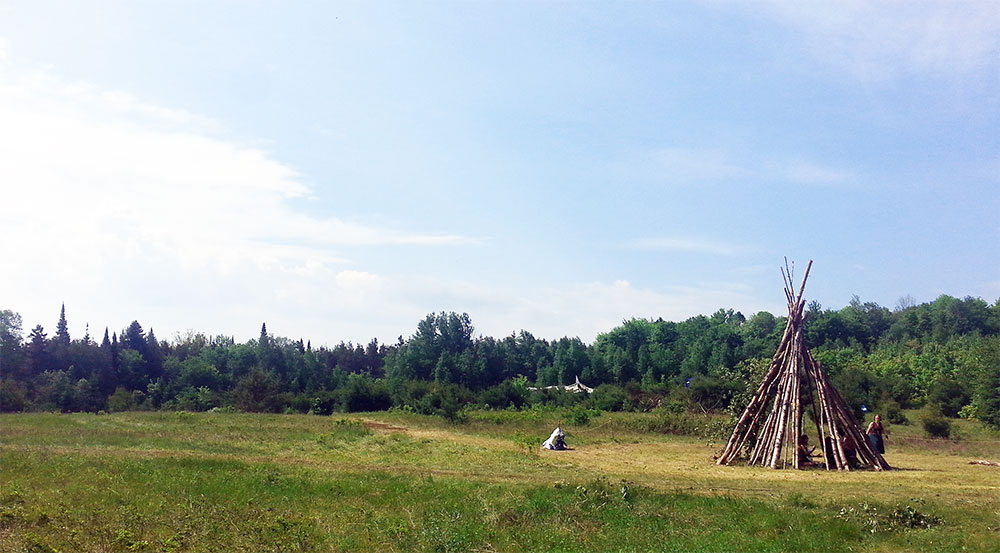 For the closing sentence we would like to thank, from the bottom of our hearts, to the Green Man crew who gave us the opportunity to take part of this amazing event and from how it looks, Green Man 2016 will be even better, stronger and more Psychedelic.

See you next year !