Faders has been around for quite a while, going through metamorphoses and slowly gathering followers and a respected list of releases in key labels, such as TIP, Digital OM, Dacru & Nano. He has just released his new album at Techsafari Records so we hooked up with him via email to learn more about the person behind the project and the new album “Gathering of Strangers”.

While you read, listen to the full Faders album – “Gathering of Strangers”:

Q: Who is the person behind Faders? What does the name mean?

A: The Faders project was started in 2006 by Or Kopel from Beer Sheva, Israel. I started off playing at local underground parties. After my first big gig in Mexico in 2007, I started touring all over the world and played at major events like Hilltop Goa NYE, Psy-Fi, Indian Spirit, Vuuv, Unity Israel, Kabhalla Brazil, Tribaltech, Eclipse Festival (Canada) and many more. Faders doesn’t mean anything special: it comes from mixing techniques, fading in and out.

Q: Do you remember the first party you went to? Were you hooked at once? Anything interesting you are willing to share with us?

A: I’m not sure about the year, either 2003 or 2004. The first party I went to was Shula in Space at Nitzanim Beach. I was shaking all the way to the party, I didn’t know what to expect, and I saw hundreds of people dancing to a BLT set, which was a huge influence on my later production. Everybody was so quiet and into the magic. It took me two days to understand this experience and realize it was the music I wanted to produce. The first party I played at was a festival in Guadalajara, Mexico in a square in the middle of the city, in 2007. When I went up to the stage I saw thousands of ravers dancing to psytrance music. I was so excited to play and the set went well, so we did an after-hour party at which I played a four-hour set.

Q: Tell us a bit about your journey from that party to become Faders.

A: I started with Faders in 2006, in the happy full-on days. The scene was huge in Brazil, Japan and Mexico. Back then, I produced epic uplifting melodies and electro grooves, which fit with the scene, and the crowd loved it. Four years later I released my first album, “Feelings”, together with my then-partner Nati Assraf on Utopia Records. That was a good place to release back in the days. We travelled all over. At some point, Nati got married and decided to step out, while I felt I want to take it higher. The studio days after we separated felt weird since we’d worked together for many years, but with time the music changed and got more psychedelic and serious, like I’d wanted it to for years.

Q: Your new album – tell us about it.

A: Four years after the first album – “Feelings” – was released and was really successful, I decided to go more serious and psychedelic. I believe I personally grew up, so the music changed as well. People associated Faders with melodies and cheesy full-on, so I thought to make an album and show them my new production. I released a few EPs and tracks with labels such as TIP Records, Digital OM, Dacru, Nano, and TechSafari Records. At the same time, I started to work on my new album. It took me three years to finish it and finally show the crowd my new vision and style. On the album, you’ll find seven original tracks and two remixes. The opening track is a collaboration with my ex-partner Nati: it’s like closing the circle for us. I wanted him to be a part of Faders’ second album. The second track was produced with Vertical Mode – I really like their music and it was a pleasure to work with them. Track number 8 is a remix of the track Mariner 9 by Circuit Breakers from Dickster and Burn in Noise. The rest are original tracks of mine, except the last one, an amazing and spiritual remix by Suduaya of my track with Melicia called “Nirvana”. 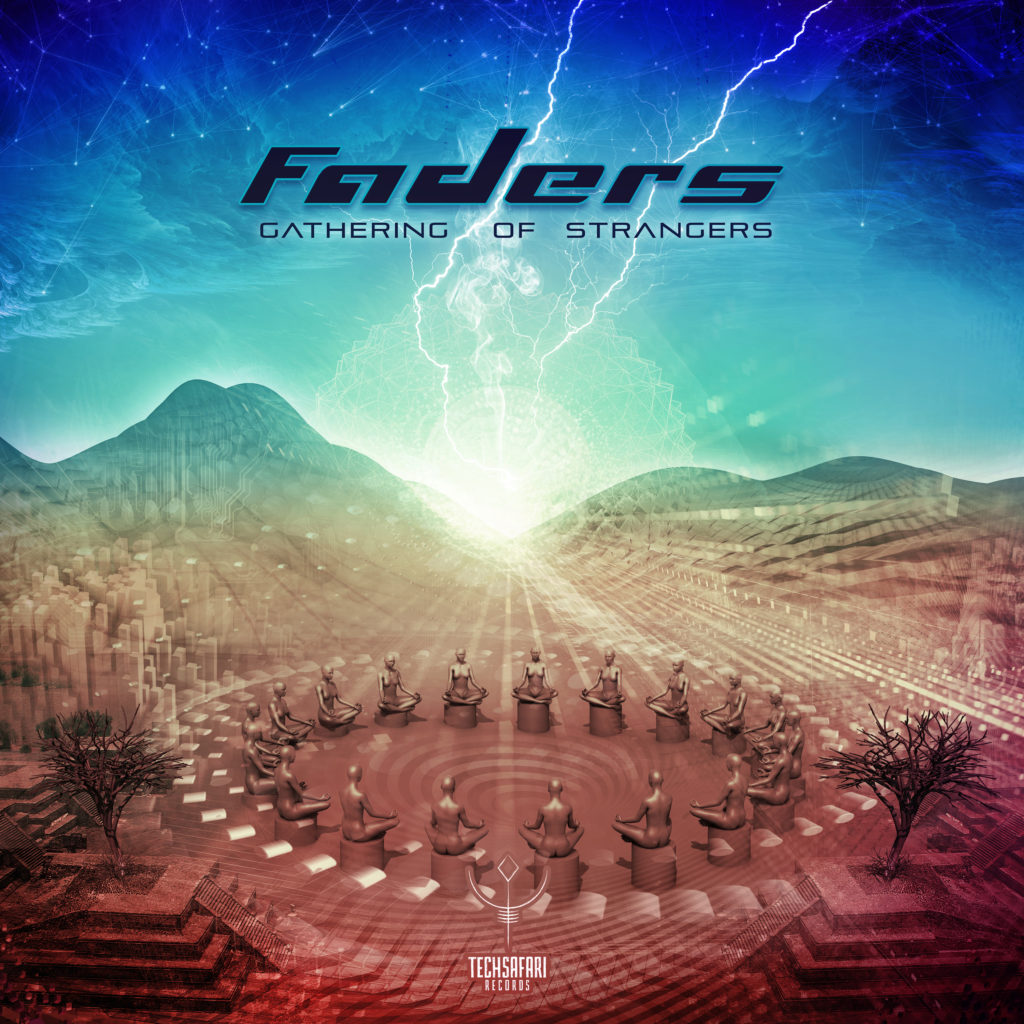 Q: Which of your first releases is most important to you and why?

A: As a kid, I followed Raja Ram’s Stash Bag compilations. Three years ago, Lucas from TIP Records contacted me and said Raj wanted me to give a track for a Stash Bag Compilation. I was so excited! I immediately sent an unreleased track I’d done with Audiotec. It was a dream come true to release a track on Raja Ram’s Compilation, that’s why it’s my most significant release in my mind.

…I SAW HUNDREDS OF PEOPLE DANCING TO A BLT SET, WHICH WAS A HUGE INFLUENCE ON MY LATER PRODUCTION. EVERYBODY WAS SO QUIET AND INTO THE MAGIC. IT TOOK ME TWO DAYS TO UNDERSTAND THIS EXPERIENCE AND REALIZE IT WAS THE MUSIC I WANTED TO PRODUCE.

Q: If you had to choose one track (yeah, we know, it’s not fair) that best represents the spirit of psytrance for you, which would it be?

A: That’s easy. I’d choose Silicon Sound – Digital Thoughts. And I’ll explain why. I’ve been a big fan of Silicon Sound for many years and I grew up listening to his music. In 2016 on Hilltop Goa I decided to play this track and the crowed just loved it. Root people recognized it and were shocked, and the new generation who didn’t know the track came and asked about it. This track has everything which represents psytrance: a psychedelic vibe, uplifting melodies and crunchy sounds – which I love. Last year, I decided to remix this track so I’ll tell you a little secret. I got no reply from anyone about the files so did all the parts by myself! It was hard work but the result doesn’t disappoint me.

Q: Any future plans for Faders?

A: My plan is to keep rocking and do what I love – and that’s music. Touring all over the world, meeting new people and making people happy. On the professional side, I’m working on a few releases and remixes for right after the album. And I’m thinking about a third album as well.