Undercover are quite a phenomena, both are deeply involved with Psytrance for a long time, but when their first ethnic infused singles Balikali and Chapati came out few years ago they took the world by storm – together they stand on 30 million (!!!) plays on YouTube only. More releases followed on HOMmega and other labels, and the guys are getting ready to release their first album. We had a short email interview with them to learn more about their story and what they have in store for us.

Q: So who are Undercover – tell us a bit about yourselves? Why you chose that name for the project?

A: So we guess that we start with the basics. Almog Shmueli & Adam Belo, we’re both from the central district of israel, Almog from Tel Aviv and Adam from Yarhiv. The name came up while we were at the studio making our first track and we had some crazy ideas, one of them was to play with special masks and hide our identity so the name was perfect for that and when we dropped the masks idea we decided to keep the name.

IT WAS AROUND AT THE AGE OF 15 THAT I WAS FIRST INTRODUCED TO AN ILLEGAL NATURE PSYTRANCE PARTY… HEARING THOSE INSANE MONOTONIC SOUNDS WITH MASSIVE BASS CUTTING THROUGH EVERY BONE AND MUSCLE IN MY BODY I FELL IN LOVE WITH PSYTRANCE AT THAT VERY MOMENT. 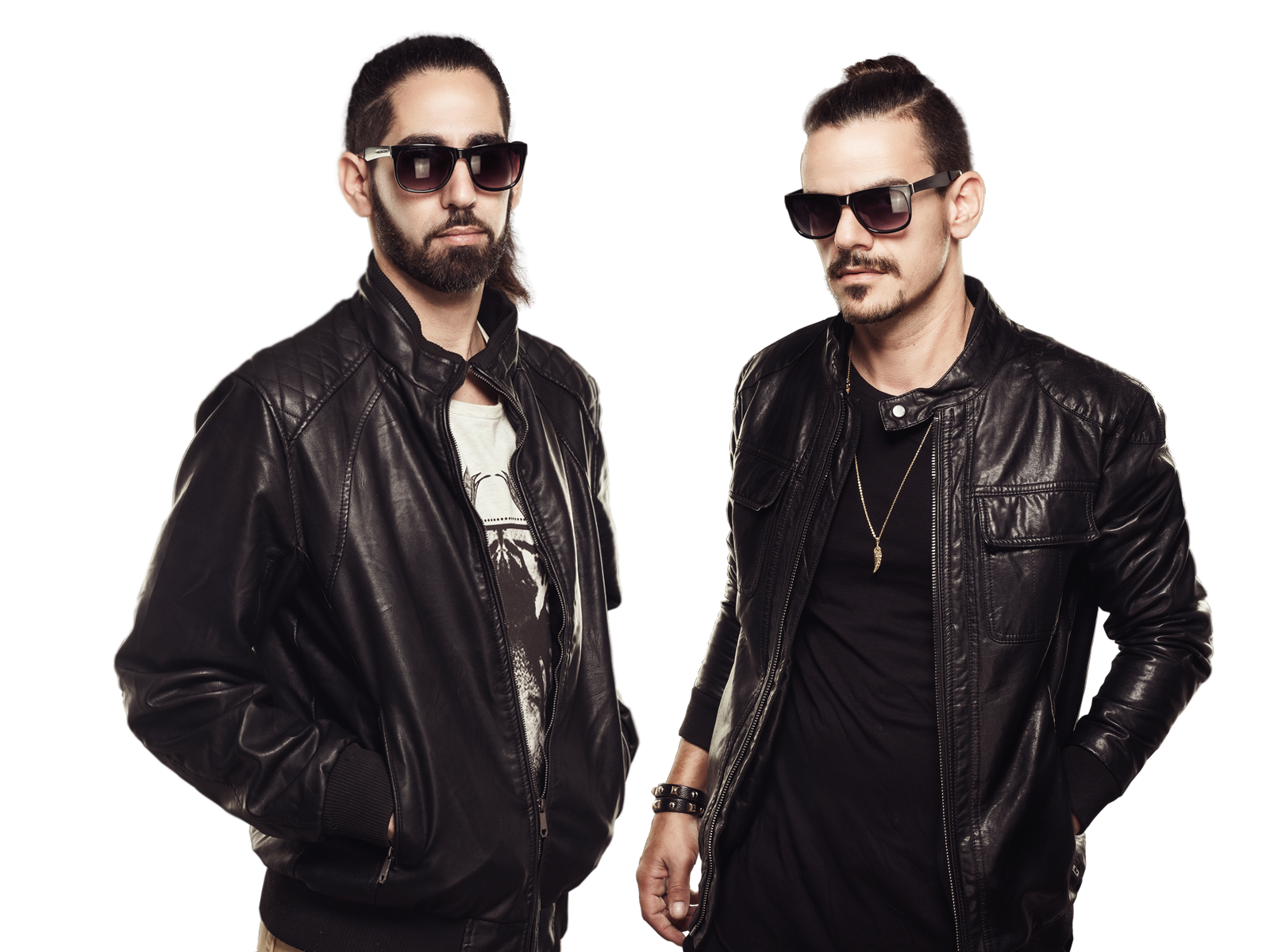 Q: What was your first Psytrance party experience? How did it affect you?

Almog: It was a small underground party, I was 19 I think, it was one of the best days in my life because I was waiting for it since I was 15 and got my first psytrance CD from a friend’s older brother.
After that party, I knew what I wanted to do with my life, and 6 months later I played my first underground party, started to learn how to produce and basically dedicated my whole mature life to what I love, so I guess we can
say it flipped my life from side to side.

Adam: It was around at the age of 15 (20 years ago) that I was first introduced to an illegal nature psytrance party somewhere in Israel. Hearing those insane monotonic sounds with massive bass cutting through every bone and muscle in my body I fell in love with psytrance at that very moment.

Q: Tell us a bit about the road you passed from that party to become Undercover?

Almog: It was an awesome journey and I’ve met a lot of wonderful people along the way. I started my way as a young DJ trying to get some shows and started to organize parties as well. I was making some underground parties and playing here and there (and got into a lot of trouble), later on I’ve met Rami, Mor and Arik and we started one of the biggest passions of my life called U.N.I.T.Y, which is one of the biggest psytrance events in Israel. After a while I’ve stopped organizing parties and 3 months later me and Adam found each other, the rest is history.

WE TRY TO MAKE EACH TRACK IN A DIFFERENT VIBE AND WITH ITS OWN STORY, SO WE DON’T WANT TO DUPLICATE OUR OLD SUCCESS BUT TO CREATE A NEW ONE.

Adam: Undercover is my 3rd psychedelic trance project. My 1st project alongside my brother Yaki Belo was called Hipnotix, releasing a full length album and few EP’s. Collaborating with renowned artists such as: Xerox & Illumination and X-NoiZe. This project was signed on HOMmega Records. My 2nd solo project is called “Darma” mainly focusing on the more progressive side of Psytrance with fine collaborations alongside massive names such: Ace Venture, Captain Hook, Egorythmia & Vertical Mode, just to name a few.

Q: Your first tracks, Chapati and Balikali, hit the world by storm and became huge hits the crossed over from the psytrance world. How did this success affected you and your music? Do you still play them or are you tired of them already?

A: Actually it didn’t affect on our music at all, we try to make each track in a different vibe and with its own story, so we don’t want to duplicate our old success but to create a new one. It’s hard to get tired of what you make. These tracks are like our babies, but we do plan for some time now to make fresh versions of them to match our current sound and vibe.

Q: What’s cooking in the Undercover studios? We know there’s a new album on the way – what can we expect?

A: We are working on the album like crazy for many years and decided that no matter what we will finish it and set a release date for our first born called “Genesis” and it will be released on the 3rd of June.
It will contain 8-9 tracks that connect to one big story, you can actually feel our evolution in this album and it gives it a nice touch.
We really hope that you all will like it, and we can say that you can expect something really different, energetic and psychedelic.

We also have some major collaborations cooking, we can’t really say much until we finish them but we’ll update our Facebook page when we have news. 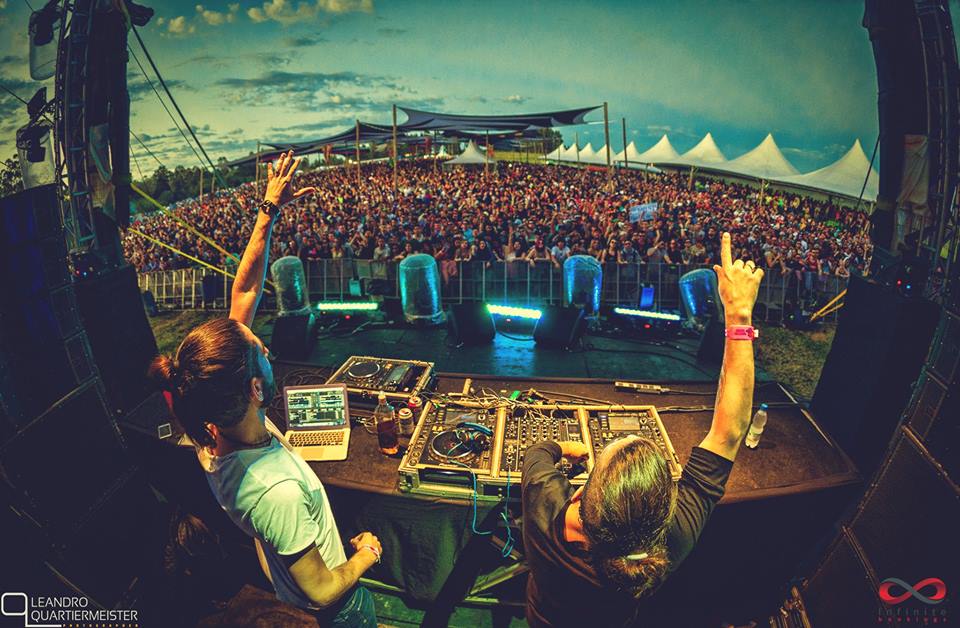 Q: Give us one psytrance track that is the essence of psytrance for you.

A: Man With No Name – Teleport.

A: Work hard, continue to create and bring joy and happiness to as many people as possible : )