Sync24 is the solo project of Daniel Segerstad from Carbon Based Lifeforms, one of the most special and iconic groups in the psychedelic chillout and ambient world for a very long time. He has just released the third Sync24 solo album – Omnious- a diverse organic musical journey that is both melancholic at times and yet with an optimistic streak running through it. We hooked up with Daniel for an interview over email regarding the new album, the relation between his two projects, his creative process and more.

Q: Hello Daniel, how was your summer? Any highlight you can share with us? Are you ready for the Swedish winter?

Hi, I had a great summer! Due to the climate change we had a real long heat wave in Sweden that gave us the best summer in my lifetime as far as sunny days and warm sea water goes, though it really get you thinking that something is very very wrong with the way we treat the planet. I spent most of my time in our summer house in the south of Sweden and did a few awesome gigs, for example at Boom Festival, Samsara and Psy-Fi. So I’m very ready for the Swedish winter, looking forward to some brisk winter days.

IN MY OPINION MY BEST WORK WAS DONE WHEN I WAS IN A STATE I CALL COMFORTABLE VOID, AND I GUESS THAT COULD BE A STATE OF TRANCE IN A WAY.

Q: Very few people who like downtempo music are not aware of Carbon Based Lifeforms, your project with Johannes Hedberg, but I know quite a few missed on Sync24, your solo project, can you tell us more about it, how was it born and in what way it is different than your work with CBL? And where does the name come from?

It all started around 2004-2005 when we were about to finish our second album World Of Sleepers for CBL and there were a few tracks that didn’t feel CBL. Ultimae really liked them and asked if I wanted to release them as a solo project. I had already made two demo albums under the name TiN so I figured that I would continue with a solo project but with a different name. I had little time to choose because the first release was that same year, on Fahrenheit Project part 5, so I took Sync24 which is an old protocol for controlling Roland synths like the TB-303 which I use a lot. So it made sense. Have I had more time I might have chosen a different name, but it works ? There are of course similarities to CBL but is often more minimal and more ambient. In all honesty I prefer CBL because Johannes completes me and our music really is beautiful, but it’s really nice to have Sync24 where I’m free to make all the decisions good and bad. 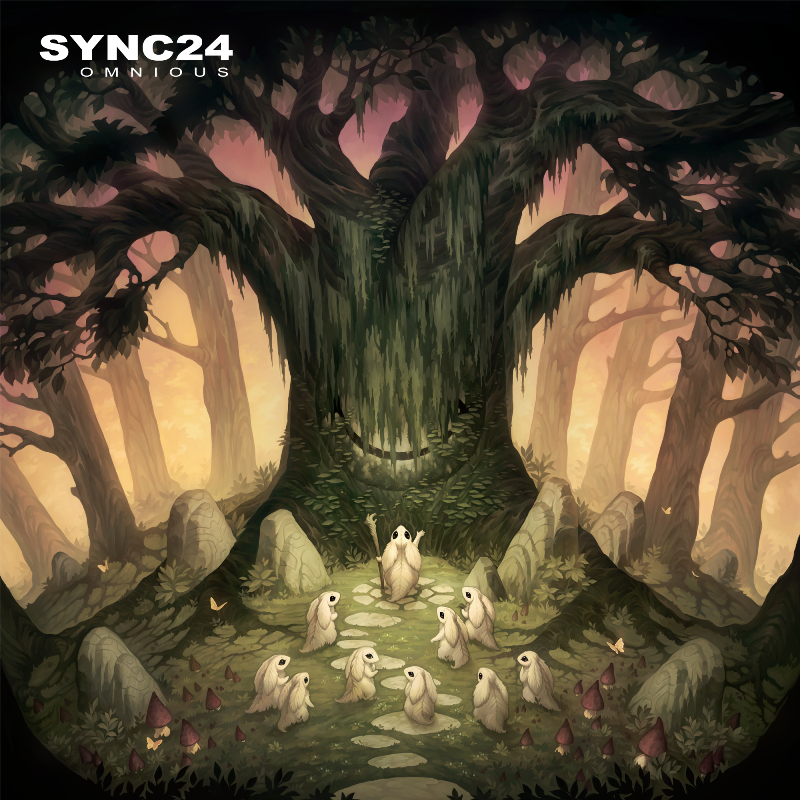 Q: You have a new, third Sync24 album, “Omnious”. Can you tell us a bit about it and your journey to create it and what can people expect to find inside?

In June 2017 I was at home listening to my old albums and decided that I wanted to do a new Sync24 album. I was on parental leave and decided that I would start when that was finished and my youngest daughter had started pre-school. In the fall my employer had to do some cutbacks so I was let go. I figured I might as well do music full time and do some freelance programming on the side. So in November last year I started and my goal was to make an ambient album and then an uptempo album right after that.

Omnious is an eight track ambient album and it’s the result of about six months of total freedom and joy. I scratched a lot of ideas and reworked some tracks a lot. I did a lot of field recordings and also recorded some live effects and percussions. I used a healthy mix of hardware and software. I think I did a pretty good job with the track list and I hope that the listeners agree and find it a pleasant journey. The opening track ‘A deep sea meditation experience’was a given but I was uncertain about which one to choose as the end track ‘Wise whispers in the wind’. I picked a favourite that is kind of melancholic but has warmth and a positive feel to it. I want to leave the listeners with a warm positive feeling.

Q: I’m very interested in the album name. What is “Omnious”? How far it is from Ominous?

Omnious is a misspelling I did a few years back, that I thought sounded cool. It’s roughly translated to “All full of everything” and it rhymes with the sense of total freedom I felt writing the album. I would say it’s pretty far from Ominous, even if the cover art might seem a bit scary.

Q: I find this album, as your previous creations, manages to sound very organic while being very electronic, and there’s also a strong sense of connection to nature. Are you seeking for the organic and natural in your music?

Very much yes. In my mind my music is brown and green for the most part, and I often imagine an old spruce forest to get in the mood.

Q: The album is also released on vinyl – why did you decide to release on that format?

The main reason is the cover art really. I found this talented artist named Moa Wallin and she made the amazing cover art, so I asked her for a backside and inner sleeve too. I found Diggers Factory who crowdfunds their vinyl production, and I wanted to try it. Also, since we did all the vinyl releases for CBL I kinda got fond of having my releases hanging on the wall ?

Q: Who are those rabbits on the cover?

They are the guardians of the Source.

Q: I always felt that you are creating psychedelic trance, in the sense that your music is very psychedelic and truly trance inducing. Would you agree?

I haven’t reflected on that to be honest. But I guess you’re right. In my opinion my best work was done when I was in a state I call comfortable void, and I guess that could be a state of trance in a way.

Q: How do you create your music? What does your studio looks like?

I usually start with the bassline, or some pads, and build from that. I add drums and percussions very early in the process and build what I call an embryo, a short loop with the main theme. When I’m done with an embryo that I think is good I build the basic track structure and see if the embryo works for an entire track. In most cases an embryo that passes that test ends up as a finished track.
I have moved around quite a bit as my life has changed a lot during the past 10 years, so my studio is quite small and efficient. As a matter of fact I’m currently building, what I hope is, my final studio for many years to come. I work with Dynaudio monitors, LYD 7 and BM15A. The BM’s are way to big and stuffed away, I will hopefully add them to my next studio for loudness and bass tests. I prefer small and unique units like SidStation, Virus Ti2, Modor NF-1, Nord modular, TB-303(of course) and so on. I’m not really a hardware nerd, I use a lot of software synths too.The right tool at the right time, I have written entire tracks with software alone in some cases. I’m not a big fan of big mixing desks, some people can get a bit too religious about that. I love the fact that I don’t need a physical mixing desk. 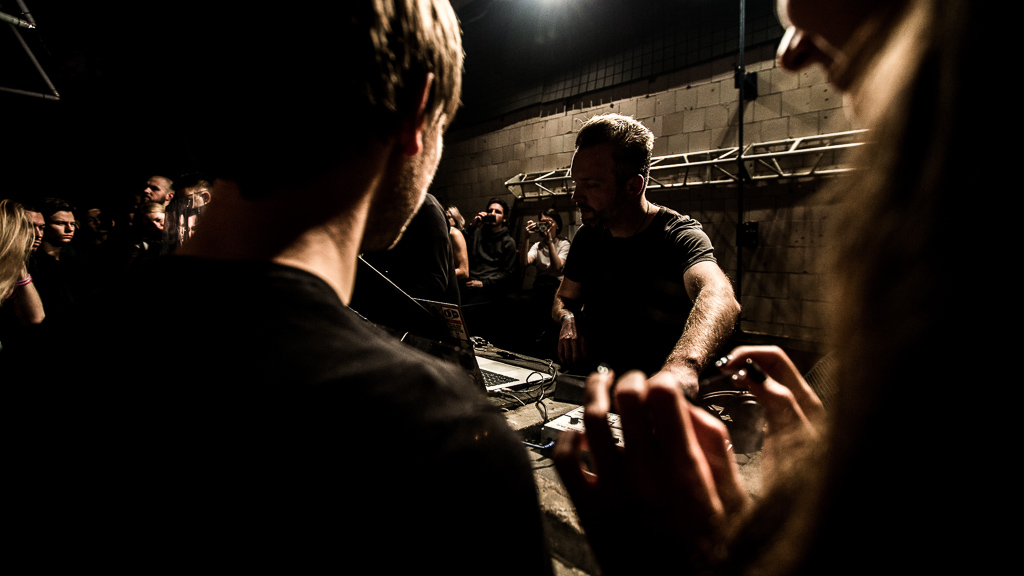 I’m currently busy promoting Omnious and are working with Terraform Bookings for some upcoming live shows. I’m also working on the next album which is going to be uptempo. Exciting and scary at the same time as I haven’t worked with uptempo since early 2000. And I will continue to work with Johannes on new CBL material of course.

Check out 10 essential tracks by Carbon Based Lifeforms: http://trancentral.tv/2017/01/carbon-based-lifeforms/